All Hail the Mighty King 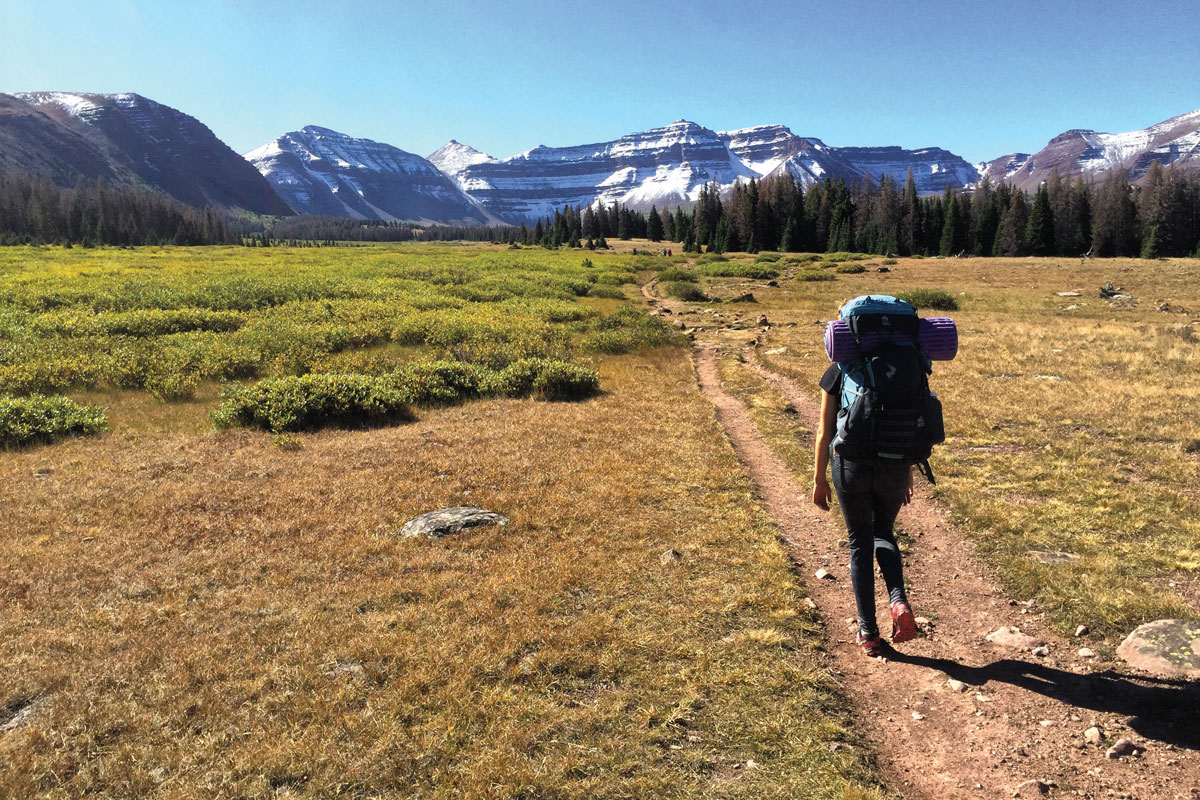 Out of Bounds – All Hail the Mighty King

There is something about a summit, especially those with some notoriety. Assuredly, mountain summits are also located in some of the most wildly beautiful places. As a Utah native, there are so many options, but Kings Peak is the state’s top rock at 13,534 feet and it made my family’s bucket list... multiple times.

For each of my three children, I aspire to bestow on them confidence in the mountains. Kings Peak, in Utah’s backcountry, is a perfect balance of effort, altitude, safety, and beauty. With four attempts and only one summit under my belt, there’s plenty of challenge to learn and have an amazing adventure every time.

To reach the trailhead, it's a three or four hour drive from the Wasatch Front to Henry's Fork. As with all great things, there is no cell service so load it early to navigate the turns once out of cell range. Although it’s a Utah adventure, the route is through Evanston, Fort Bridger, and terminates with a long dirt road that is suitable for cars. The trailhead parking is often pretty full, but once on the trail you only occasionally pass a returning hiker or hunter. The best part is that dogs are allowed. With plenty of water, and since dogs pretty much never complain, this is the perfect time to bring your canine companion. 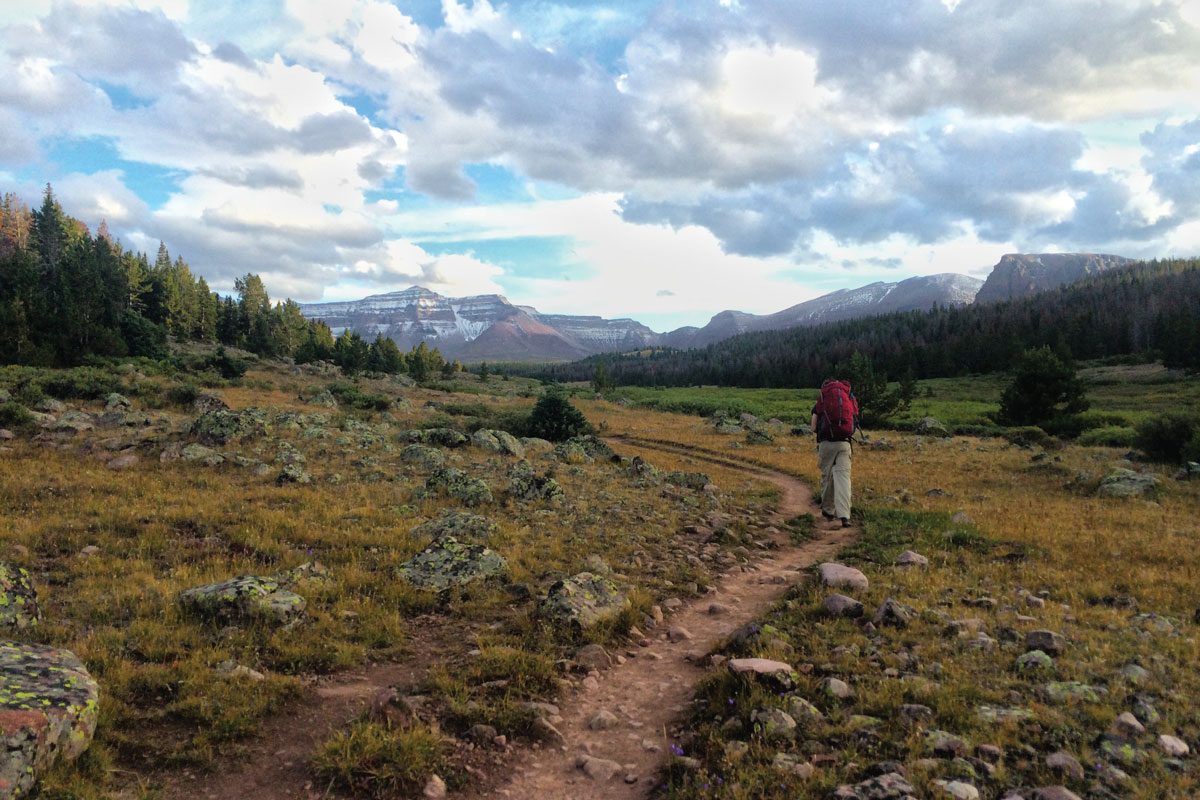 Not all adventures are equal and each will impart some genuine life lesson. On my first attempt, I partnered with Kylar, my fourteen year old son. He was 100% committed to the adventure and even tried asking a girl from school to join us. Her wise parents denied permission . With a list of “bring these or you’ll be miserable” items to pack, I sent him off and I planned the rest. My modus operandi is last-minute adventures which have mostly worked well. With a hectic work schedule, planning for me consists of the route, the weather, the altitude, and a quick Google search. My trusty backpack is preloaded with the majority of my needs so I can roll out the door on short notice. The goal was for some one- on-one time with my son and to teach him how to be prepared and accountable in an unpredictable, and at times, a physically taxing environment.

Kings is a long haul. The round trip is a stout 26 plus miles. The majority of the trail is relatively flat and beginning at approximately 9,400 feet in altitude, most of the steep ascending is reserved for Gunsight Pass and the summit itself. The straight-forward approach should welcome fledglings into this amazing backcountry for the first 9 to 10 miles.

Our maiden voyage had us leaving the parking lot around 5 pm with a six mile hike in front of us. This represents three hours of an in- depth conversation about the Witcher video game. This was my gift for time in the mountains with my son. I can honestly say there is absolutely no other time I would have been able to see into his world for three hours due to my busy schedule and his life distractions. When there is nothing left but companions and a trail, there is a wonderful spontaneity and an enduring connection.

The trail, a wide single track, shadows the Henry’s Fork River for the first five miles. Relatively level, this is easy travel. The only river crossing is over a mildly exciting bridge. Once over the bridge, the trail continues on slowly separating from the river as the valley opens up to your right. Camping is allowed along the trail, but stay back at least 100 feet–it’s the law. We set up our tent in a light drizzle with hope for better weather in the morning.
As we crawled into the tent, my son had the unpleasant realization he had forgotten his sleeping pad. Lesson 1.

We were up early the next morning heading toward the summit. Unfortunately, I estimated one night in the mountains and just enough food for two days. As we headed toward Gunsight Pass, the skies began to gray and wind picked up. We pressed on. Once over Gunsight Pass, it drops down into Painter Basin. Looking for beta, some trail workers directed us about a mile out of the way into the basin vs. skirting the right edge which turns out is the normal trail. With the new apps like Alltrails and GPS, this shouldn’t happen to you. Lesson 2. 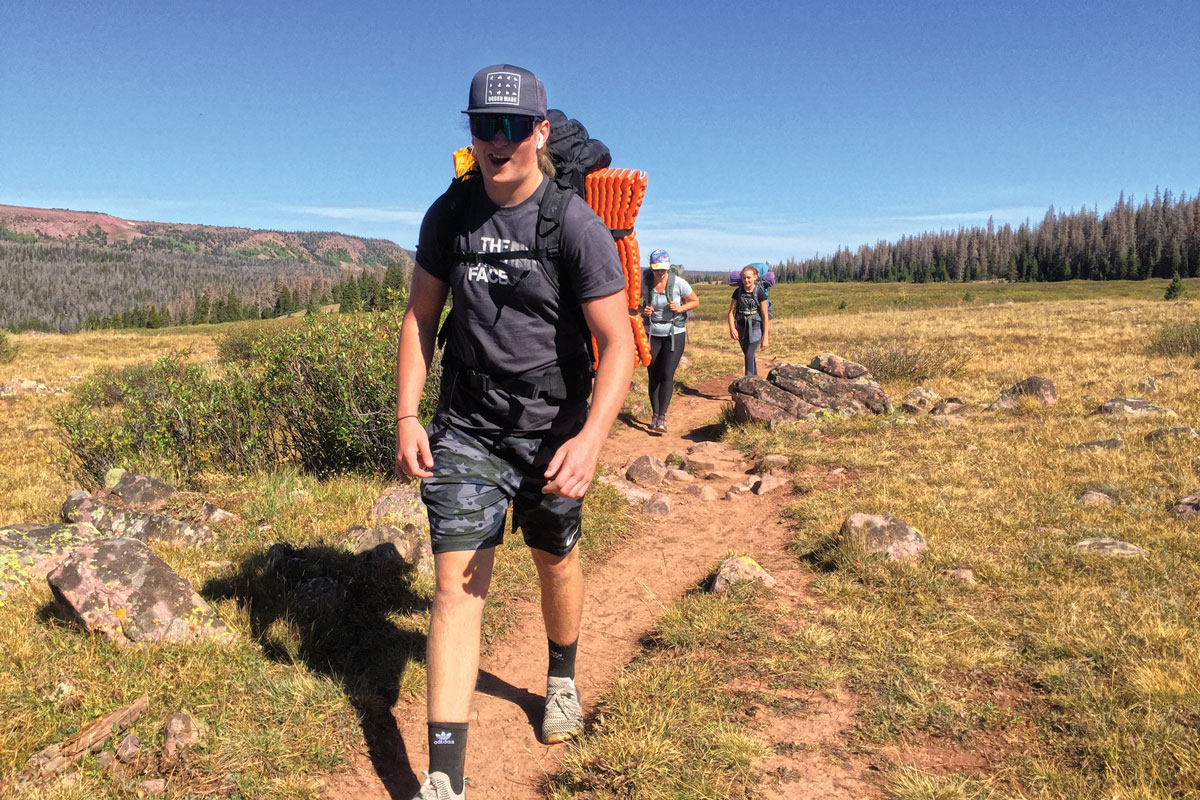 After the climb up Gunsight and the changing weather, my son made the call to turn back. By this time the altitude, impending weather and the time mounting up to return to the car had us heading home without a summit. We went back to our camp, packed up and began the long walk out. For the distance alone, two nights would make for a much more enjoyable outing. Lesson 3.

Kylar and I returned the following year, and taking an extra night we easily summited. Adding our dog, Teton, this time added to the perfection of this trip. Teton ran at least four times the distance as he chased the stealth marmots. The constant and well-coordinated taunting seemed perfectly orchestrated from one side of the trail to the other.

...what inspires me most about the wilderness–the snack sized parallels to life.

Our first night camping was about nine miles in. There are several lakes and streams and a plethora of stunning campsites. Dollar Lake is the most popular in the area so I tend to steer clear for some solitude, but there is plenty of room to spread out. We set up our tent and my son was so stoked he brought his sleeping pad this time. Unfortunately, it went flat in the night. We had a good laugh and his young bones were fine. Lesson 4.

There is plenty of water on this route even after Gunsight Pass. Once you leave the stream above Painter Basin, have at least a liter of water per person for the summit. While Kings isn’t as high as other peaks out there, as the slope increases the lungs feel it. Stay hydrated and just go at an easy pace. After you ascend out of the basin and leave the stream, it’s a mellow but steady rise toward the summit ridge. The final approach is a boulder field and an easy scramble to the top. Unfortunately, our four legged friend had a little trouble with the rocks but made the summit just the same.

Feeling accomplished, we were all smiles on top as we scanned the surrounding mountainscape. Sharing this moment, the high fives and photos, we relished our efforts as the wind whipped around us. All the way down, you feel just a little bit taller as you encourage others to carry on. This gift was ours forever, it was a memory of failure, then trying again, and eventual success. It was beautiful. This is what inspires me most about the wilderness–the snack sized parallels to life.

My third attempt really should not count, but when my middle son turned 15, it was his turn to visit Kings. This is the son I could not get to the top of Mist Falls in Yosemite 2 years prior. Who sat, under the spraying falls, less than 100 feet from the top in angry contempt. The same child who hid the morning we were going to fly to Nepal and made us miss our flight. Why? Because he hates hiking so much that nothing seemed worse than trekking halfway around the world under the watch of the Himalayas. For some reason, I thought I could get him to the summit. I didn’t. He sat, 45 minutes in, as I went through every strategy imaginable to get him moving forward only to have him throw dirt in his eyes when my back was turned and claim his allergies were making him miserable. 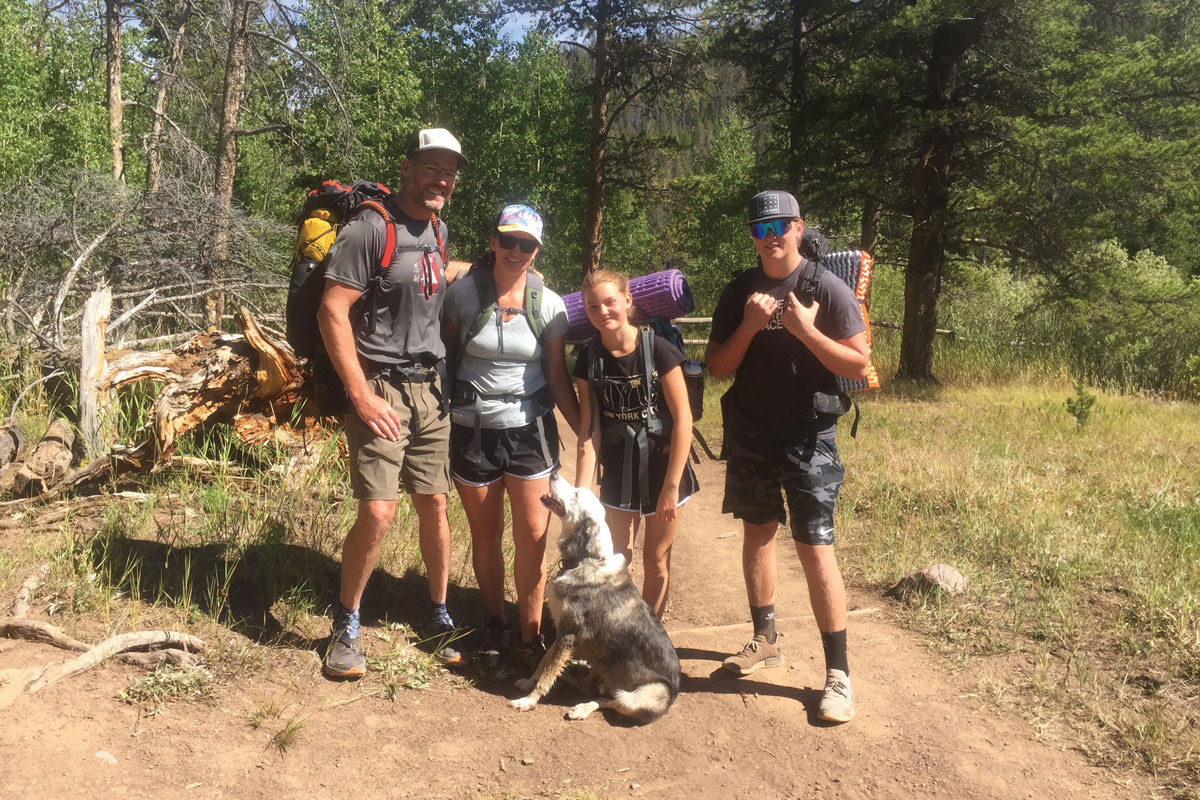 Our fourth excursion was an attempt to get the now 16 year old son beyond the 45 minute mark and keep the dirt on his shoes. When taking less than enthusiastic participants dilution is key. My 11 year old daughter and husband both came along to help keep spirits high. With a late start from Henry’s Fork, the kids and I started with the plan that my husband would follow a few hours later. Sometimes life just wants to disrupt your plans, but come darkness or missing spouse, to the mountains we were going.

Once at Henry’s Fork, we donned our headlamps and chased the setting sun. The three of us spent the last three miles before camp so focused on what might be lurking in the woods that my son easily passed the 45 minute mark. The following morning, we pulled our camp and hiked into the lakes below the pass. We dropped our camping gear and set off for Gunsight Pass. Once there, my kids must have added 10 rocks to the large cairn marking the ridge, an anomaly I don’t fully understand. But, give a kid a rock...

The easy walk down had us in good spirits as the trail meandered up along a tumbling stream. A meadow called our name next to the water and we laid on our backs watching the clouds wander across the sky. Together we decided to turn back after discussing our options for nearly an hour. But everyone, even my anti-hiking son, was happy. And that is the point. Any day in the mountains is a good day if not arguably a great one.