The smoke signals seen in June and July showed one thing — falling prices. A few months ago the air was hot enough to burn your eyebrows off. Not a good look… Today, we’re finally seeing the effects of those fiery markets raging across the state as we stand upon the earth of which was scorched. Surprisingly, prices have recovered exceptionally from the steep 6% decline observed in the last few months. While August is still seeing a $4K median price decline, it’s less than 1% in the grand scheme of things, far from the expected 3% decline (referenced in last month’s article). Since May prices have dropped $40,000 — a 7.4% decline in three months.

The graph below displays a daily median of the last 30 days of properties pending sale (or under contract). It’s cross examined against the 30-year mortgage rate (MND). Analyzing the list price of pending sales gives an idea of what the next 1-2 months of sold prices will look like. 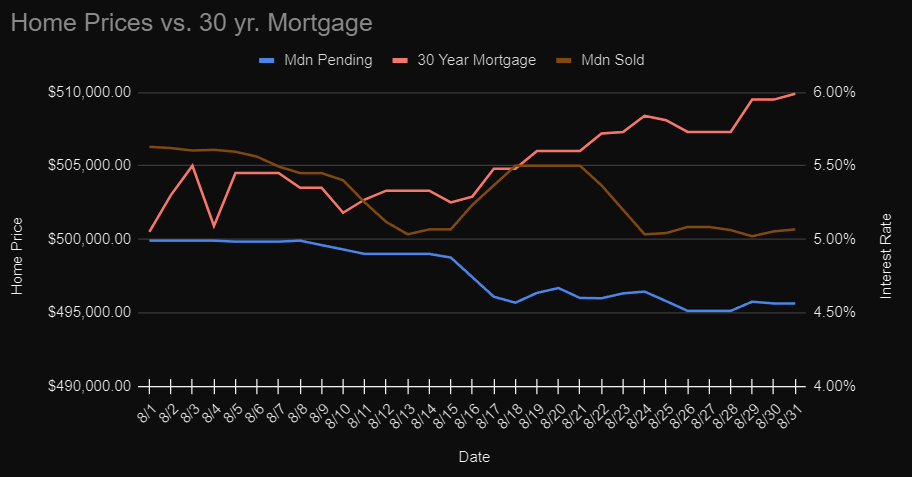 The reason for the sharp decline mid-month is likely attributed to school starting up again across the state. Interest rate increases coincide with the drop in median pending sale price and are likely more related to the decline in the latter half of the month. To explain the delay in interest rates to pending prices: Buyers generally know what they can afford ahead of time. When rates change buyers re-evaluate what they can afford. Considering most of the decline occurred in the latter half of August, expect a drop of median sold prices in late September or early October when the contracts close. 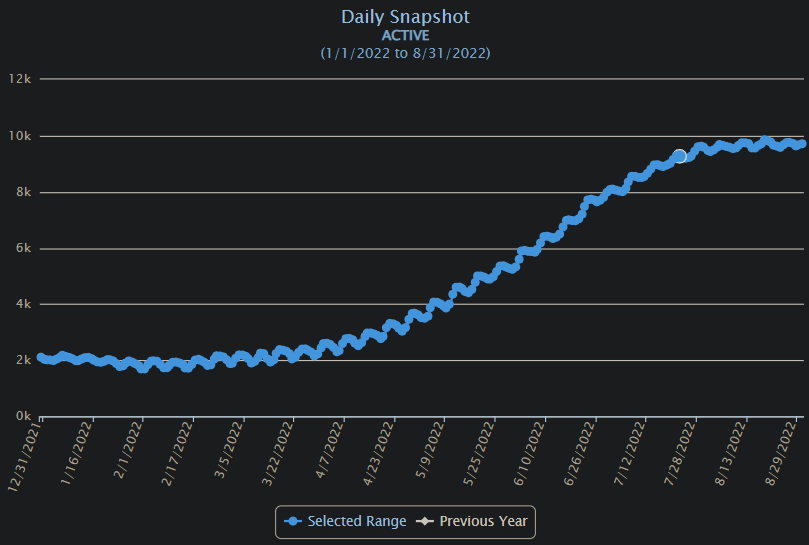 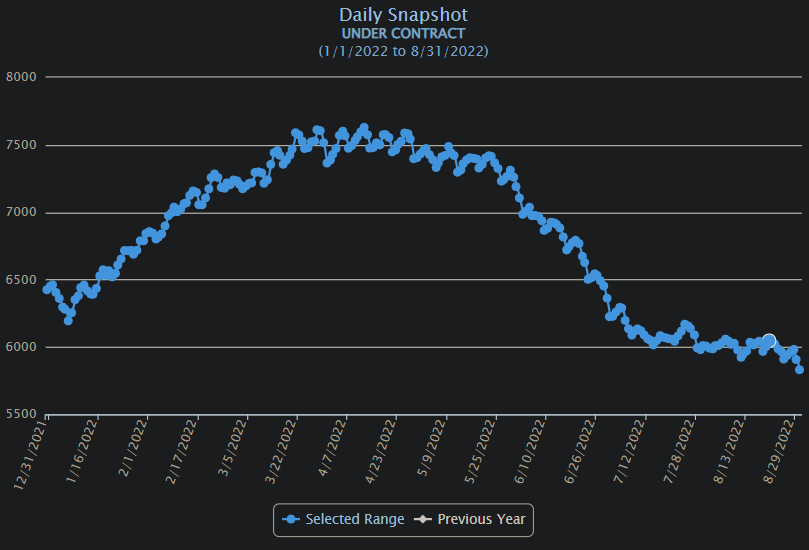 On the right side of each graph, both examples create a range. Active properties are plateauing at 10K as the winter season approaches. Similarly, pending properties have flattened and are starting a slow grind downwards. Historic seasonal trends would suggest a decline in the number of both active and pending properties. Additionally, a Fannie May survey shows that seller confidence has fallen from 76% in May to 67% in July. In the same survey, there are “only 17% of survey respondents reporting it’s a good time to buy a home.”

The long and short of the whole situation: Buyers are still coming through, but it’s clear that as we go into the winter season it will likely slow further, in line with historic trends. With interest rates nearing the peak hit in June, the next wave of pending data may reveal another wave of declining consumer confidence, thus affecting the number of homes sold and prices. Over a hypothetical horizon, smoke signals continue to bellow. Hot air, feinting a bull market, greets us in the pursuit of truth… eyebrows intact.

Regardless of the market conditions, there are always buyers and sellers. Properties that are priced right, in excellent condition and marketed well will sell. Fear not, we are here to help navigate this changing market.